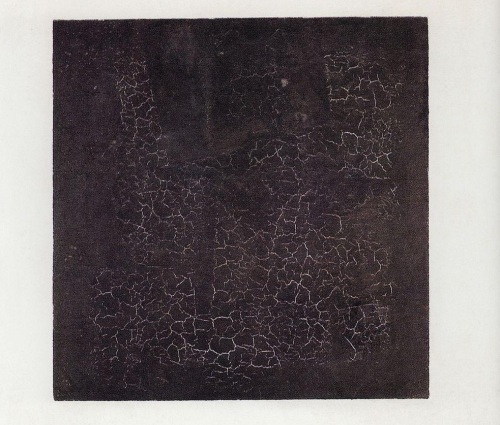 Italian composer Giacinto Scelsi is one of the most enigmatic and intriguing figures of 20th century music. Having suffered a breakdown following the Second World War, Scelsi began to explore the meditative qualities of sound almost as a form of therapy, sitting for hours at a time at his piano playing no more than a single note. This process of discovery constituted something of an epiphanic juncture in his musical development: Scelsi thereafter abandoned the serialism of his earlier compositions, taking this new appreciation of the intricate subtleties of sound as the starting point for all of his subsequent music. Rather than treating individual sounds as isolated, singular points, Scelsi’s music reimagines each tone as a pulsating, multidimensional entity, vibrating with mystical energy and sonorous depth.

Composed in 1965, Anahit is perhaps the fullest realisation of Scelsi’s ethereal vision: oblique in its esoteric sonic explorations yet generous in its harmonic and textural richness. This music is a slow, kaleidoscopic procession of translucent orchestral colour saturated with mysterious, static tension and shimmering timbres. Like most of Scelsi’s compositions, Anahit is shaded with microtonal intervals (those intervals smaller than a semitone) as the various instrumental voices eerily twist and contort, incrementally sliding away from their respective starting points in mesmeric glissandi. Yet, the effect is never that of brutal dissonance. Instead the musical voices seem to circle each other furtively, occasionally coalescing into strikingly lucid harmonies before drifting apart once more: this music is perpetually expanding and contracting, slipping in and out of focus with intoxicating ambiguity.

Scored for chamber orchestra and solo violin, Anahit neither embraces the traditional form of the concerto nor overtly rejects it, inhabiting an obscure position between narrative progression and complete abstraction: the solo violin acts as the focal point of the piece whilst simultaneously being assimilated into the overarching musical texture. Positioned as the central thread around which all other musical material revolves, the glistening incandescence of the violin serves to anchor the intangibility of the surrounding soundscape, augmenting the evanescent pulsing of the orchestra with its metallic luminosity.

Anahit provides a glimpse at Scelsi’s intense feeling of enlightenment as he uncovered the vast potency of sound, discovering the overwhelming expanse of eternity in a single tone. Epitomising his sincere belief in the mysterious power of music, Scelsi chose to reject the term “composer” altogether, instead characterising himself as a spiritual messenger between worlds, channelling transcendent truth and beauty through the terrestrial medium of sound. Whilst this claim may seem somewhat quaint, it is in the ephemeral and iridescent music of Anahit that Scelsi provides his most compelling evidence.

Below is a recording of Anahit followed by a brief listening guide.

[UPDATE 17/05/2013: The recording below has been removed from YouTube. Another recording can be found here via YouTube. Please note that the timings given below may no longer coincide with the recording.]

Anahit is a piece that rewards immersive listening and to dissect it into isolated events would serve only to reduce its mystique. Yet, a few signposts can be useful in grasping the piece for the first time.

Anahit is divided into three sections: the first (0:00-7:07) and last (8:37-end) are scored for the full orchestra along with the solo violin, acting as a frame for the brief central section (7:07-8:37) which is scored for solo violin alone. The gliding motion of the first section is briefly interrupted at 4:16-5:00, and again at 5:58-7:00, as interjections from the woodwind and brass become increasingly volatile. Following the spacious interlude of the second section, the third passage brings the piece to a close with the pulsing of the orchestra supporting strained statements from the violin; as the music draws to a close the violin reaches out for (and finally achieves) the high G towards which the piece has been striving throughout its duration.

The recording above is conducted by Jürg Wyttenbach with violin soloist Carmen Fournier, available on Accord’s essential three disc set of Scelsi’s orchestral works. Another fine recording is available on the Kairos label, conducted by Hans Zender, but the Accord set is more comprehensive.

All of Scelsi’s orchestral works inhabit similar sound-worlds to that of Anahit: the mystical Uaxuctum, which tells the story of the demise of an ancient civilisation of Central America, is particularly engaging. Scelsi’s works on a smaller scale can be equally rewarding: the shimmering Ohoi for strings and the solo cello work Trilogy come highly recommended. Fellow Italian composer Luigi Nono’s later work shares much with Scelsi’s music in its contemplative nature: his epic 1985 piece Prometeo is essential listening.