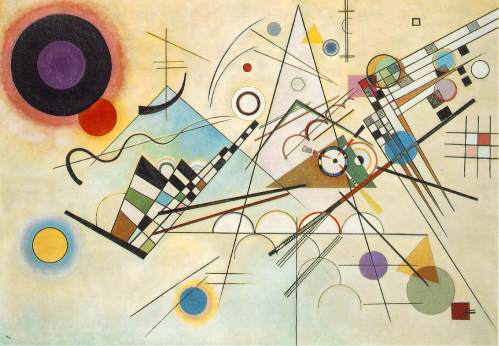 The music of Salvatore Sciarrino doesn’t just interrogate our strictly musical expectations, it probes the very boundaries of aural and temporal perception. Conjuring cavernous voids punctuated sparingly by fleeting outbursts of instrumental colour, the Italian composer confronts the listener with stretches of inactivity so vast that the sheer absence of event begins to imbue a near-excruciating sense of tension and urgency to his music. Such prominent use of silence is intended, in Sciarrino’s own words, to “put pressure on the ear”, ushering us into an almost meditative state of awareness in which all sounds, even those of our bodies, take on a revelatory significance. And this acute attunement to the corporeal is mirrored in the textures of the music: often centred around a heartbeat-like throb of a bass drum, Sciarrino’s sound-world seems as tied to the natural and the physical as it is to the ethereal.

Completed in 1999, Recitativo oscuro traverses the shadowy soundscapes common to the composer’s orchestral work: the music remains veiled and elusive throughout, rarely rising above a hesitant pianissimo. Yet, the piece is perhaps one of his least esoteric; a piano concerto of sorts, Recitativo oscuro avoids complete abstraction by virtue of the focal point provided by the instrument which sits in the foreground of the musical texture. The accompanying orchestra is largely used to create a sonic context for the piano’s music, cloaking its angular motifs in an intoxicating, translucent gauze of sound; as such, the piano serves to signpost the journey through Sciarrino’s amorphous sound-world, transforming the hushed textures of the orchestra into something remarkably approachable.

Recitativo oscuro is bestowed with further drama in live performance; the spectacle of such a large orchestra exuding only the most tentative, muted sonorities provides a fitting visual counterpoint to the music. Constantly threatening a climactic resolution that remains tantalisingly unrealised, this piece is haunted by ominous absences, defined as much by that which goes unheard – the spaces between and around its clusters of sound – as by the sounds themselves. Recitativo oscuro courses with colossal yet dormant power: a static and expansive piece that seems perpetually to point beyond itself – to other sounds, to other ways of listening.

Below is a recording of Recitativo oscuro accompanied by a brief listening guide.

Recitativo oscuro is cast in a single, slowly unfolding movement; however, for the purposes of this brief guide, it will be helpful to break the piece down into three sub-sections. The first passage (until 2:37) is dominated by the piano with tentative interjections from the orchestra. The piano’s music in this section, whilst erratic, is centred around the two chord motif heard at the opening of the piece. At 2:37 a low, rumbling beat enters – a bass drum skirted by the tapping of the keys of woodwind instruments – which forms the basis of the second section (2:37-11:41). This passage has a simple construction: howling woodwinds rise and fall atop the continual beat with the piano appearing only fleetingly, seemingly disconnected from the orchestral backdrop. A particularly striking moment comes when an outburst from the piano and brass (10:44) leaves the beat distorted, almost frayed (first heard at 10:50). The final passage begins as 11:41, following another eruption from the piano. In this section, the bass drum is stripped of its adorning woodwinds, receding to the edge of audibility, whilst the piano becomes increasingly agitated. The piece closes with a passage of call and response between piano and orchestra (beginning 14:45), perhaps the only instance of sustained interaction between the two, culminating at 15:45 with the orchestra’s insistent repetition of a single chord as the piano plays frantic, circling figures.

The fine recording above is performed by the Orchestra Sinfonica Nazionale della RAI, conducted by Tito Ceccherini and with Daniele Pollini at the piano. The performance is available on the Kairos label as part of a comprehensive 3 CD set of Sciarrino’s orchestral works.

To delve further into Sciarrino’s shadowy sound-world, the early orchestral work Variazioni (1974) and the flute concerto Frammento e Adagio (1991) are both highly recommended. A more expressive side to the composer’s music is revealed by Macbeth (2002), an operatic adaptation of Shakespeare’s tragedy. The music of German composer Helmut Lachenmann is similar to Sciarrino’s in its sparse textures; the skeletal Mouvement (– vor der Erstarrung) (1982) is a fascinating, if somewhat unforgiving, listen.