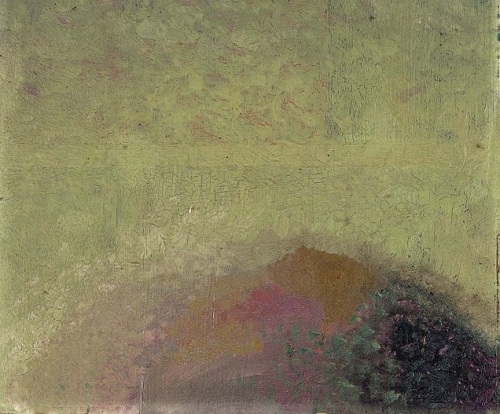 The shadow of Arnold Schoenberg – a composer extravagantly praised and damned, but just as often misunderstood – looms over the whole last century of art music. The challenge he laid down, of composition with “twelve tones that are related only to each other,” proved to be among the most controversial artistic legacies of the century: a rupture with several centuries of tonality.  Ironically, while others frequently viewed him as a radical, Schoenberg saw himself as upholding the tradition of Western art music, an evolutionary rather than a revolutionary. In his own words: “I do not attach so much importance to being a musical bogey-man as to being a natural continuer of properly-understood good old tradition!”

Completed in 1928, the Variations for Orchestra, Op. 31, is a monumental work that shows the composer in both his guises: as traditionalist and as innovator. It is Schoenberg’s first orchestral work written using his serial technique; as such, its very sound could be strange and disorienting to listeners raised on tonality. However, its formal structure is almost comfortingly clear-cut. Though the Variations can sound mind-bendingly complex on first listen, it is divided into three discrete sections, which are quite easy to follow if you know where the “joints” are. A misty, atmospheric introduction sets the stage; the theme and variations section follows; and an extensive finale wraps things up.

The very lack of traditional tonal modulation drives Schoenberg’s lurid genius to its fullest expression. Deprived of one of the fundamental tools in a composer’s kit, he turns to alternate means of contrast and expression. Thus, the variations at the heart of the piece are distinguished by fantastic shifts of orchestral color, rhythm and texture. Full-blooded orchestral outbursts run up against delicate episodes of chamber music; stridency gives way to calm; a noisy streetscape cuts away to an elegant waltz, the music almost cinematic in its shifts of perspective. Schoenberg’s technique of Klangfarbenmelodie (splitting a melodic line among instruments to enrich the colour or texture), and the ongoing contrast between the full orchestra and smaller chamber-like ensembles within it, make the sheer sound of the Variations a source of constant wonderment.

The finale, coming after the nine variations that lie at the centre of the piece, can be viewed both as an additional, greatly expanded variation in its own right, and as a separate, culminating episode. The presiding spirit, hinted at in the introduction, is that of J.S. Bach – a quite explicit statement of Schoenberg’s respect for the tradition which he saw himself as upholding. This polyphonic finale makes use of both the main thematic material and the so-called BACH motif (in German musical notation, the notes B flat, A, C, and B natural).

The music emerges out of the mists, accompanied by fluttering trills on the wind instruments. It rises to a congested climax where different forces seem to be contending, then relaxes into stasis. We hear passing hints at the BACH theme, which is to be so important in the finale.

After a pause the main theme appears (1:39). In its mid-range, cello-dominated sound, it forms a monochrome image from which pictures of riotous color will shortly be fashioned. It is followed by nine variations, which can be characterized briefly as: (1 – 2:44) nervous, spare and jumpy; (2 – 3:56) calm, canonic, and chamber-like in texture; (3 – 6:14) bright, rhythmically incisive, brassy, as if depicting a busy urban street; (4 – 7:03) elegant and dance-like, with notable contributions from woodwinds and solo violin; (5 – 8:24) forceful and marching, finishing off with powerful percussive blasts; (6 – 10:34) fragile and gentle, with slightly agitated solo work; (7 – 12:15) elegant and calm, underpinned by strong bassoon and oboe tone; (8 – 15:05) hard, frantic, and loud, ending with an industrial clatter of percussion; and the variations finish (9 – 15:41) with another shadowy, chamber-like affair.

The finale gets under way with a misty statement of the BACH theme (16:42). As it develops, that theme is stated repeatedly. Near the close, the music halts, and we hear a reminiscence of the variation theme (22:13), now clothed in gentle, ruminative orchestration, as if meditating on the turbulent events it has passed through. This gives way to a brief, crashing coda.

The linked performance is by the City of Birmingham Symphony Orchestra under Simon Rattle. The Variations, being one of Schoenberg’s most important orchestral works, have been recorded by a number of internationally renowned conductors, such as Boulez, Barenboim and Mehta.

Another impressive take on the challenge of writing variations in an atonal format is Elliott Carter’s Variations for Orchestra of 1955. Schoenberg’s own student Anton Webern applied the serial technique to symphonic processes in his spare, haiku-like Symphony, completed at about the same time as Schoenberg’s piece.

Anton Webern’s Symphonie of 1928 is an enigmatic coalescence of tentative melodies softly shaded in delicate harmonies and textures. Eschewing Beethovan’s notion of the triumphalist symphony, Webern’s sole contribution to the symphonic canon is characteristic of the composer in its brevity and poise, displaying a striking economy in both its emotive content and musical construction. This is a piece of immense, even esoteric, restraint, reaching towards a timeless grace and crystalline beauty through an earnest pursuit of perfection in proportion and symmetry.

Born in Austria in 1883, Anton Webern was a student of Arnold Schoenberg in Vienna. The two composers, along with another of Schoenberg’s students Alban Berg, comprise the Second Viennese School – named after the (first) Viennese School of Haydn, Mozart and Beethoven. In the early 1920s Schoenberg developed his twelve tone method of composition, known as serialism, which was soon adopted by both Berg and Webern. At the heart of a twelve tone composition is a “tone row”, consisting of all twelve notes of the octave, which dictates the order in which the notes are to be played throughout the piece. As such, each tone is treated equally, removing what Schoenberg perceived to be the archaic hierarchical relationships between the notes of a scale. Schoenberg’s method represents a monumental schism between old and new, completely liberating compositional practice from the long imposed restrictions of traditional tonality.

Whilst the twelve tone method is certainly uncompromising in its formality, the common portrayal of serialist music as unlistenable noise seems rather hyperbolic in light of the elegant lyricism of Webern’s Symphonie. The understated beauty of this music comes from Webern’s highlighting of instrumental timbre, whilst downplaying the roles of melody and harmony: this piece is ornately textured, coloured in subtle, translucent hues. A key technique used throughout the piece is that of klangfarbenmelodie, a method of instrumentation pioneered by Webern and Schoenberg, translating from the German as “sound-colour-melody”. Rather than scoring a melody to be played by just one instrument, Webern breaks his melodies up into fragments and distributes them around the different instrumental groups of the orchestra.

Despite Webern’s rather austere use of Symphonie’s small ensemble, often allowing only one instrumental group to be heard at a time, the prominence of klangfarbenmelodie in the piece bestows it with a broad and sensuous sound palette; this music achieves a fleeting simultaneity of the intimate and the expansive as the musical thread is passed between various orchestral voices in an endless stream of ethereal colours and textures. Listening to this piece is reminiscent of watching shards of light scatter across a rippling surface of water: Webern’s Symphonie is fragile and evanescent, sparkling and mysteriously hypnotic.

Below is a recording of Symphonie followed by a brief listening guide.

Movement I runs from 0:00 to 6:27 and features prominent use of Webern’s klangfarbenmelodie technique; the music has a hesitancy as the melody moves between the instruments, exploring a wide and understated palette of colour and timbre. The first section is fragile and melodic, heard from 0:00 to 2:22, and is followed by a contrasting, slower moving section from 2:22 to 3:24. These passages of music are then repeated and reflected in various ways until the close of the movement.

Being one of Webern’s more popular works, there are a number of recordings of Symphonie currently available; the recording above is conducted by Pierre Boulez and performed by the London Symphony Orchestra. Another fine performance comes from the Berliner Philharmoniker, also conducted by Boulez, and is available on Deutsche Grammophon’s excellent set of Webern’s complete works.

Along with the Symphonie, Webern’s opus number 10, 5 Pieces for Orchestra, and the expansive late Cantatas No. 1 and 2 are relatively large scale works that would serve well as entry points into his music. In contrast to Webern’s decidedly minimal style, Arnold Schoenberg’s 5 Pieces for Orchestra of 1909 is an example of some of the more expressive music to arise from the Second Viennese School.